In this week’s blog, we focus on “How We Live” our faith. In the Catechism of the Catholic Church #2225, it states, “Through the grace of the sacrament of marriage, parents receive the responsibility and privilege of evangelizing their children. Parents should initiate their children at an early age into the mysteries of the faith of which they are the ‘first hearalds’ for their children. They should associate them from their tenderest years with the life of the Church.” Shelley Burnett talks about her own experiences in bringing children to Mass and the joy that comes in unexpected ways. Shelley, a former English teacher and now, full-time mother, resides in Bristol with her husband, Dan, along with their three young children. 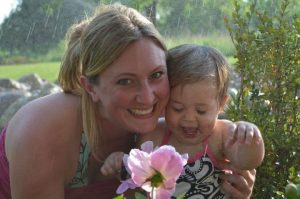 but Jesus said, “Let the children come to me, and do not prevent them; for the kingdom of heaven belongs to such as these.” Matthew 19:14

We were sitting in the backyard playing, and my daughter Addison asked to sing Alleluia! At 18 months. I thought that she had most certainly meant something else. Much to my surprise, she began to sing Bernadette’s Alleluia (Alle-Alle-Alle-Lu-Jah). I was floored! That was not in our repertoire of nursery rhymes. 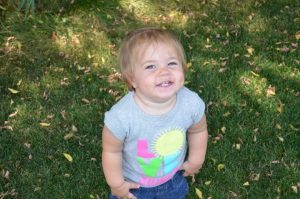 Not a few weeks later, she asked to do Amen. After waiting while I puzzled this over for a bit, she reached out and grabbed my hands, just as we do in church. So we prayed the Our Father, and she supplied the last word of each line…stumbling a little over words like trespasses (or just filling in “heaven” for every word she couldn’t pronounce), but I was astounded. Again, another prayer not yet in our nightly prayer routine.

Where was she getting these prayers? At church when we thought she wasn’t paying attention. When she was wriggling in my arms or trying to scoot around on the floor. At the very times when I thought that for sure, none of us were getting anything out of Mass – not my husband and I, nor our squirrely children.

Our experience is like that of so many other young families, wanting to go to Mass but 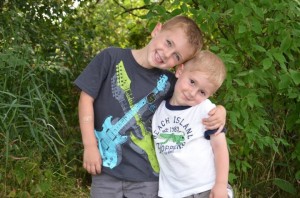 struggling to “get something out of it” while dealing with little children. One time, my husband said, “I don’t even know why we go every week. I don’t hear half of what is going on.” However, even though it may not be immediately apparent, the kids are getting something out of attending Mass every week. They have shown us that time and time again. Whether it is Noah reciting the Mass parts along with the priest when he thinks we aren’t looking, or Gavin requesting to God Bless people in his prayers, or the occasional question about God and faith that we have to think hard about how best to explain resurrection to a 4-year-old, they are getting something out of attending Mass. 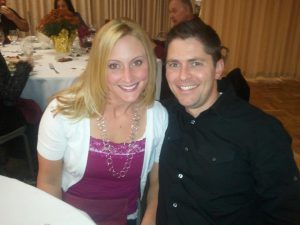 mes children into the congregation. There is no cry room for them; they are not second-class citizens to be banished to a separate room when they cannot behave like adults. No, they are accepted as children of God, and as such are given a place among the rest of us. And the community supports us. With knowing looks and reassuring smiles, they tell us that they are glad we have brought our children, and after Mass, they regale us with stories of when their own children (now older and very well-behaved) were young and squirrely like ours.

So I encourage all who have children – let them come. Do not be afraid of bringing children who are going to sometimes act as children will. We would rather have an energetic child attending Mass than staying at home where he won’t disturb anybody.

It can be challenging attending Mass with young children – there’s no doubt about that. Here are some tips to make it more manageable so that you can get the most out of Mass:

Train a child up in the way he should go; even when he is old he should not depart from it. Proverbs 22:6