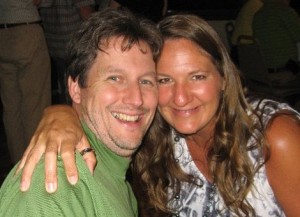 Continuing our series, this blog focuses on  “How We Worship,” and the lovely discovery of an aging father and his quiet love for serving in the Liturgy. In the Catechism of the Catholic Church #1068, it states, “It is the mystery of Christ that the Church proclaims and celebrates in her liturgy so that the faithful may live from it and bear witness to it in the world.” Mark Rogan helps to run his family business, Rogan Shoes, and he and his wife, LeAnn, reside in Racine with their two children, McKenna and Adam. They have been parishioners of St. Anne since the parish’s early years.

There are things in your life that people (even if you are very close) do not tell you. Some people call them secrets. Others of us call them personal things that matter only to us. I have recently been privy to some personal information about my father that wasn’t necessarily a secret, but might have been something that he kept to himself because it was just for him.

Here is the background: I was born a Catholic, raised a Catholic, and will always be a Catholic. I went to Mass on Sundays and participated for most of my life. My parents are very much the same. My dad over the past many years has been going to Mass at least two times a week depending on Mass schedules at his church (having 11 children I assume he has a lot to pray about). About two years ago he had some health issues that have been
slowly breaking his body down and I have had the unfortunate experience of
watching a very vibrant and alive man become a shell of what he used to
be.  We are at the point that we have had to take his driver’s license away from him because he has had at least four episodes where he has fallen for no reason.
His speech is almost nonexistent and his motors skills are lacking but he still loves to come into work every morning, shuffle his papers around his office, and watch what his sons are doing with the company that he created.  Because of this love for his job, we could never take that away from him so we have taken turns picking him up in the morning and take him home when he is finished doing whatever he does in his office.

A couple weeks back, I was given the task of picking him up for work and it was on his “Mass day”. I picked him up nice and early (Mass is at 7:00am) and took him to Sacred Heart Church in Racine. He got out of my car and walked across the parking lot like I haven’t seen in years from him. Lately, he has been a “foot shuffler” and I am worried about him tripping over something and falling down again – but not today.

He walked into church and flipped the switch for the light above the baptismal font (the church was completely empty), went over to the sacristy, typed in the code to unlock the door, and turned on all of the lights in the chapel area. He went over to the cupboards and got out the chalice, water and wine cruets, bowl for the washing of the hands, purificator towels for the wine glass, and counted out the number of hosts that would be needed for Mass that morning (he thought there would be 8 of us; there were only 5). MY DAD WAS THE ACOLYTE!! Who would have known? As the Mass went on, he went up on the altar (which was scary because it involves a step and no hand rail) at the Consecration of the Eucharist and cleared the cruets off the altar when the priest was finished with them. He then brought over the bowl and water to wash the priest’s hands. MY DAD WAS THE ALTAR SERVER ALSO!! Yep, it gets stranger. At Communion he makes the trek up the step again (scary once again) and receives Communion because he is also the Communion Wine Minister. After Mass, I help him carry all of the items back to the Sacristy, help him put them away and I take him to work. All the while, I am amazed and astonished that this man who is struggling through the most simple of tasks (like eating, walking up a step, talking, picking up a dropped item, etc…) did all of these tasks with such ease and grace. God knows that my dad may need help with some things and he has put them in my and my sibling’s hands to take care of, but when God really needs something accomplished He will give my dad the strength to handle it with ease. It was my Greatest Mass that I have ever attended.