In our last blog, Fr. Bob spoke about the second leg of our Catechism of the Catholic Church, “how we celebrate.” He discussed how God continues to give of himself through the Sacred Liturgy. Here, Featured Blogger David Augustine, parishioner of St. Anne who is studying Liturgical Studies at the University of St. Mary of the Lake in Mundelein discusses the Liturgy from a bibilical perspective — unveiling its mystery and healing power.  During Lent, perhaps consider attending daily Mass:  6 p.m. at St. Catherine’s Chapel on Tuesdays; 6 p.m. at St. Anne’s on Wednesdays and Thursdays; and 8 a.m. at St. Anne on Fridays; and 9 a.m. at St. Anne’s on Saturdays. 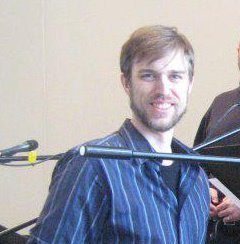 The created order is like an iceberg; only 10% of it is above water – in other words, visible. Faith pulls back the veil that shrouds its supernatural inner depths. Through the sacramentality of the Liturgy, we are called to experience a
healing of the eyes, transforming how we look at the world.

2 Kings records an event in the anything-but-mundane life of the prophet Elisha (who lived 9thcent. B.C.). The man of God was in the Israeli city of Dothan when Syrian chariots
surrounded the city to capture him. On seeing the chariots, Elisha’s servant
panicked, “Alas, my master! What shall we do?” Elisha responded with his usual
calm, ““Fear not, for those who are with us are more than those who are with
them.” Then Elisha prayed, and said, “O Lord, I beg you, open his eyes that he may see.” So the Lord opened the eyes of the young man, and he saw; and behold, the mountain was full of horses and chariots of fire round about Elisha.” (2 Kings 6:15-23 RSV) These are the hidden and spiritual depths that are opened up through prayer by the “man of God”.

Shortly before his Passion, Jesus led his inner band of disciples – Peter, James and John – up on a mountain to pray. Before their eyes and “as he was praying, the appearance
of his countenance was altered, and his clothing became dazzling white.” (Lk
9:28-36) After this, his disciples saw him conversing with Moses and the
prophet Elijah as the cloud of God’s glory overshadowed them. While in prayer,
the divine glory veiled by Jesus’ humanity flared up, transfiguring his
countenance with the uncreated light of God’s glory. He is now seen for what he
really is: the archetypal image of the Father, he who “bears the very stamp of
his nature” (Heb 1:3), he who informs both the Law (Moses) and the prophets
(Elijah). The Lord has given his disciples a glimpse of the glory to come, the
glory permanently set forth in his resurrected state. This is the same glory
given to us in the Baptismal Liturgy as an earnest of our own resurrection: “he
has put his seal upon us and given us his Spirit in our hearts as a guarantee”
(2 Cor 1:22) so that the “life of Jesus may also be manifested in our bodies.”
(2 Cor 3:10)

On the day of his Resurrection, the Lord joined a pair of his disciples as they walked the road from Jerusalem to Emmaus. They failed to recognize him. When they arrived at
Emmaus, however, the Lord sat at table with them, and “he took the bread and
blessed and broke it, and gave it to them. And their eyes were opened and they
recognized him; and he vanished out of their sight.” Later, they told the other
disciples how “he was known to them in the breaking of the bread.” (Lk
24:13-35) Sound familiar? This passage, like the other post-Resurrection
narratives, is what we call, in church language, “ecclesiological”. This means
that it tells us something about the Church. Which brings us to the Eucharist.
In both the proclamation of the Word of God and in the sacraments of the Church
(above all, the Eucharist), Christ continues to be present to his disciples. It
is there that he is known by people of faith who devote themselves to prayer.

Through Liturgy, we are called to a transfiguration of the eyes. In John 9, Jesus healed a man blind from birth. Jesus “spat on the ground and made clay of the spittle and
anointed the man’s eyes with the clay, saying to him, ‘Go, wash in the pool of
Siloam” (which means Sent). So he went and washed and came back seeing.” (John 9:1-12) Without this prerequisite healing, all is darkness. “The eye is the lamp of the body. So, if your eye is sound, your whole body will be full of light; but if your eye is not sound,
your whole body will be full of darkness. If then the light in you is darkness,
how great is the darkness!” (Matt 6:22-23) A creation rendered opaque to God’s
glory is darkness. Faith transforms it into light.